The National Save Bergesh Forests Campaign has held an interactive event at Souk Jara aimed to raise awareness and remind people of an environmental massacre of Bergesh forests, ninety kilometers northwest of Amman. Four years ago a decision was issued to cut and fence off parts of Bergesh forest trees to build a military academy. Last year, 2200 trees were uprooted from the forests.

APN, a member of the campaign, joined the activity on May, 22nd, 2015 which included a photo exhibition and lighting of candles equivalent to the number of trees cut from the forests. Activists in the event worked under the slogan of ‘Bergesh is Ours’. 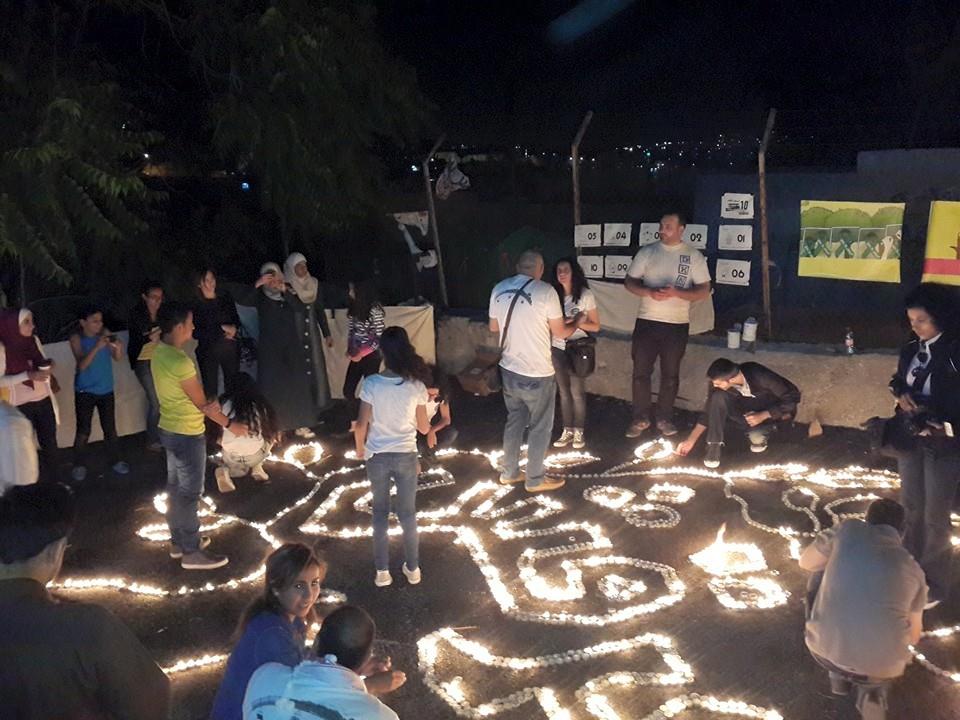