APN organized a multi-stakeholder workshop in cooperation with CPDE, FAO and ESCWA addressing the implications of protracted crises on Food Security in Jordan which took place at the Landmark hotel - Amman, on the 5th of April 2018.

The conference was attended by government officials, intergovernmental organizations, local, regional and international civil society organizations, donors, as well as farmers and representatives from the private sector. The conference aimed at introducing the Framework for Action for Food Security and Nutrition in Protracted crises (FFA) produced by the UN Committee on World Food Security (CFS) as a comprehensive approach that connects humanitarian assistance, long term development interventions, and the tackling of root drivers of food insecurity in crises.

Razan Zuayter, president of the Arab Network for Food Sovereignty (ANFS), welcomed the participants by introducing the concept of food sovereignty as the right of communities and nations to food and its sources of production. She spoke about ANFS’s key role as a platform for Arab civil society and its achievement in leading the Global Society Working group in the negotiations of the UN Committee on World Food Security (CFS) on the (FFA).

Talal Al Fayez, Deputy representative of FAO, declared that the estimated number of undernourished people in the world increased from 777 million in 2015 to 815 million in 2016 mainly due to conflicts that have a large effect on worn-torn countries and the surrounding regions as a whole. Though Jordan does not suffer from internal conflicts it faces vast economic, social and food-security pressures due to its proximity to three conflict inflicted countries, and the hosting of over 1.3 million refugees. The Director of the Nature Protection Directorate, Mr. Raed Bani Hani, gave opening remarks on behalf of the Ministry of Environment. He focused on the impact of prolonged conflict and climate change on the deterioration of resources and biodiversity.

Mr. Nizar Haddad, Director General of the National Center for Agricultural Research spoke on behalf of H.E. Minister of Agriculture, emphasizing the crucial role of food security in relation to national security, and stressed on the need to examine Jordan’s potential to work closer towards food sufficiency. Furthermore, he pointed to the importance of funding agricultural research, as well as the need to focus on enhancing resource productivity. During his presentation, the World Food Programme’s Country Representative Mr. Mageed Yahia affirmed that hunger and conflict often create a vicious cycle. He stressed that the region needs a new approach to tackling food insecurity, one that ties different sectors and stakeholders. 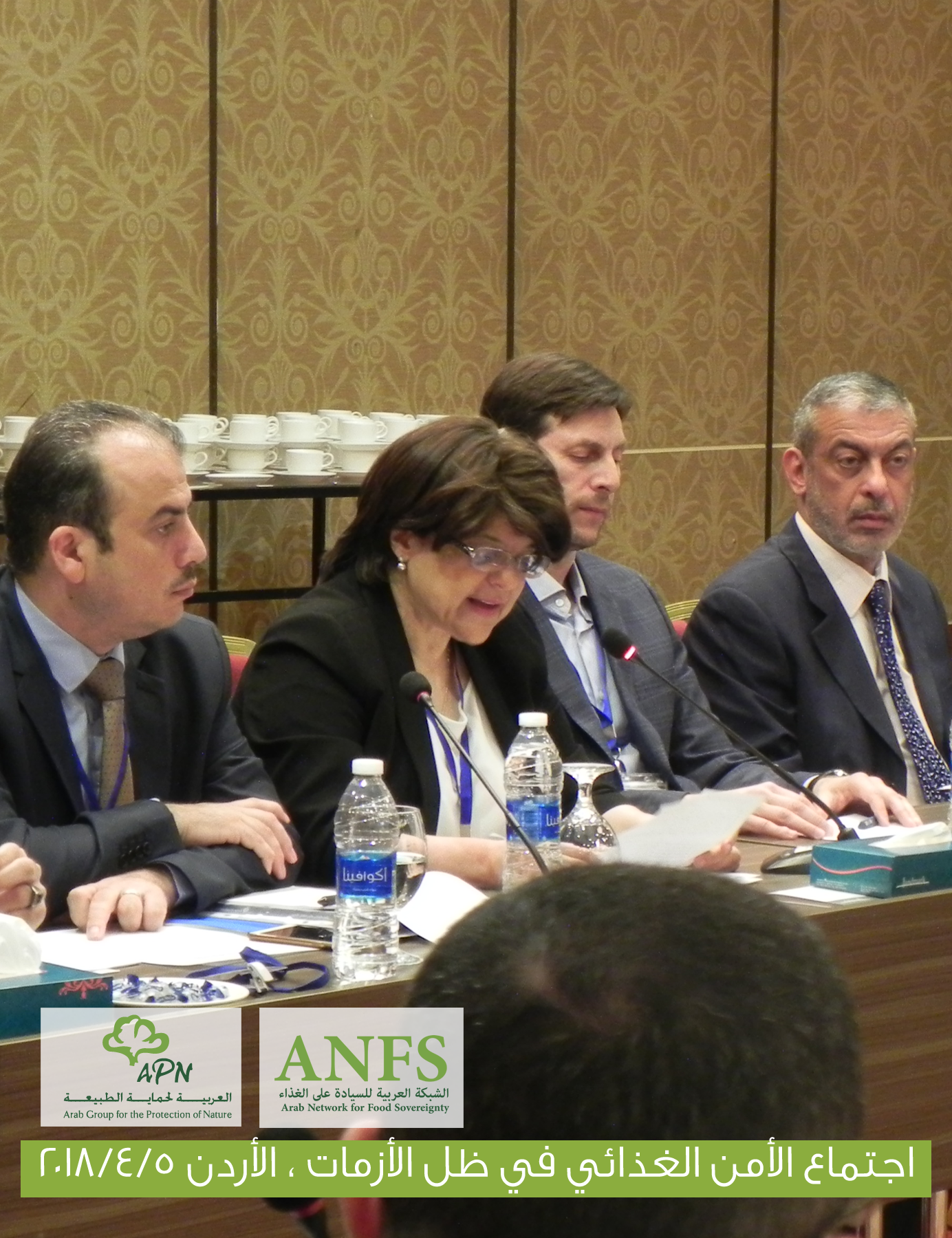 Mr. Kamil Hamati, research assistant at ESCWA, pointed out that the region’s wheat yield productivity is much smaller than the world’s average rate and significantly below the average rate for developing countries. He stressed on the need to enhance productivity and intra-regional trade.

Mr. Samih Hashem, manager of Al-Ahlyia Al Ziraya Cooperative, spoke of the key role that farmers play in combating food insecurity and undernutrition. He described the damage that conflicts inflict on farmers as well as other challenges including desertification, urban sprawl and the absence of a national agricultural strategy that incorporates different important dimensions such as the provision of water, taxation, and access to markets by smallscale food producers. 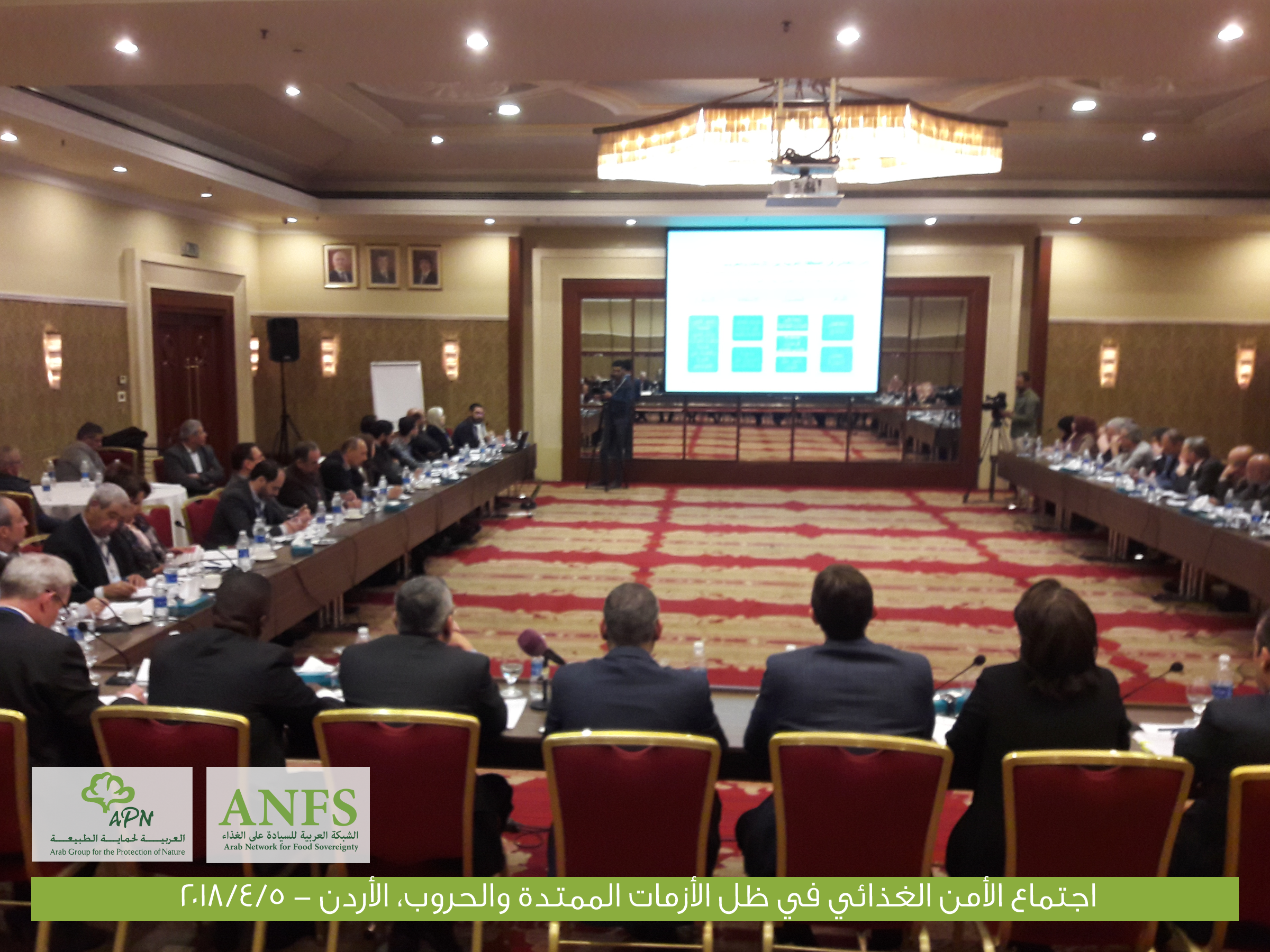 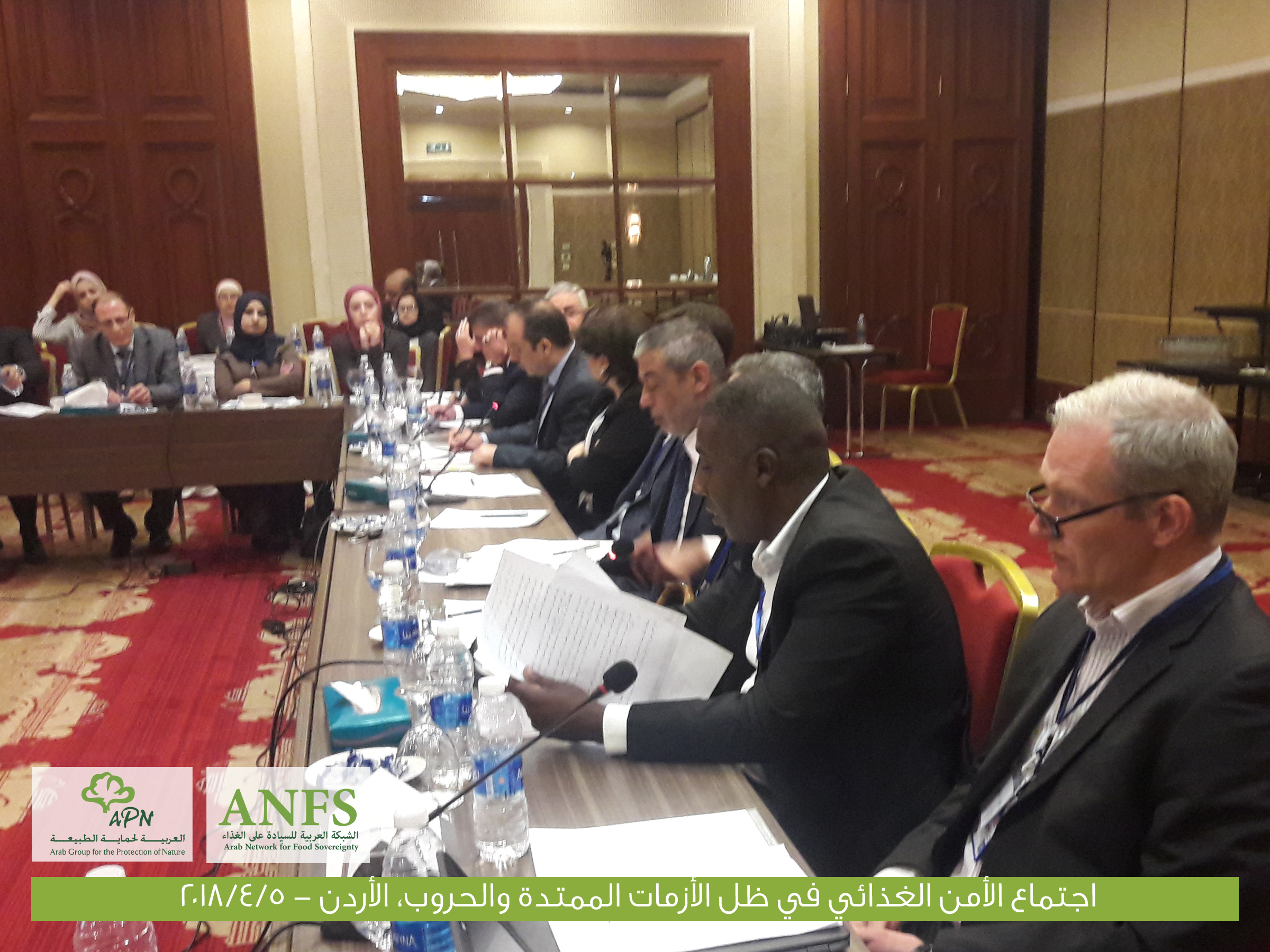 APN Manager Mariam Al jaajaa presented the FFA and its main principles which focus on linking humanitarian assistance, development interventions and addressing root causes of food insecurity in crises; mainstreaming nutrition; access to and protection of affected communities; gender equality; evidence-based research; country ownership, participation and accountability; the need to work in a conflict sensitive manner to ensure that interventions are not exacerbating conflict; and assessing the impact of policies on food security outside national borders. Participants agreed that there is a dire need to form a national multi-stakeholder platform to follow up on food security and nutrition issues, including the implementation of the Framework for Action on Food Security and Nutrition in the context of Protracted Crises.