Representatives from Arab Group for the Protection of Nature participated in multiple conferences in January and February 2016 on the 21st Conference of the Parties (COP 21) and the Rio Conventions. COP is the highest decision-making body of the United Nations Framework Convention on Climate Change (UNFCCC), which is one of the three Rio Conventions deriving from the 1992 Earth Summit in Brazil.

APN also attended two conferences specifically on the UNFCCC. On 8th February 2016 APN General Manager Mariam Al Jaajaa and Advocacy Officer Heather Elaydi attended the “Inception Workshop for the Project: Preparation of the First Biennial Update (FBUR) Report to the UNFCCC” at the Royal Scientific Society (RSS). The event was hosted by the Jordan Ministry of the Environment, RSS, UNDP, and GEF.

The remainder of the workshop focused on Bienniel Update Reports (BURs), submitted every two years to the UNFCCC, which provide an update on information provided on a country’s progress. The scope of Jordan’s FBUR will include: national circumstances; GHG inventory for the years 2010-2012; mitigation actions; constraints and gaps, including financial, technical and capacity needs and support received; and a framework for Monitoring, Reporting, and Verification (MRV) of GHGs, Nationally Appropriate Mitigation Actions (NAMA), and support. Jordan’s first BUR is funded by GEF, and prepared by RSS in consultation with the Ministry of Environment and the UNDP. The process is expected to take 18 months, from December 2015 to June 2017. 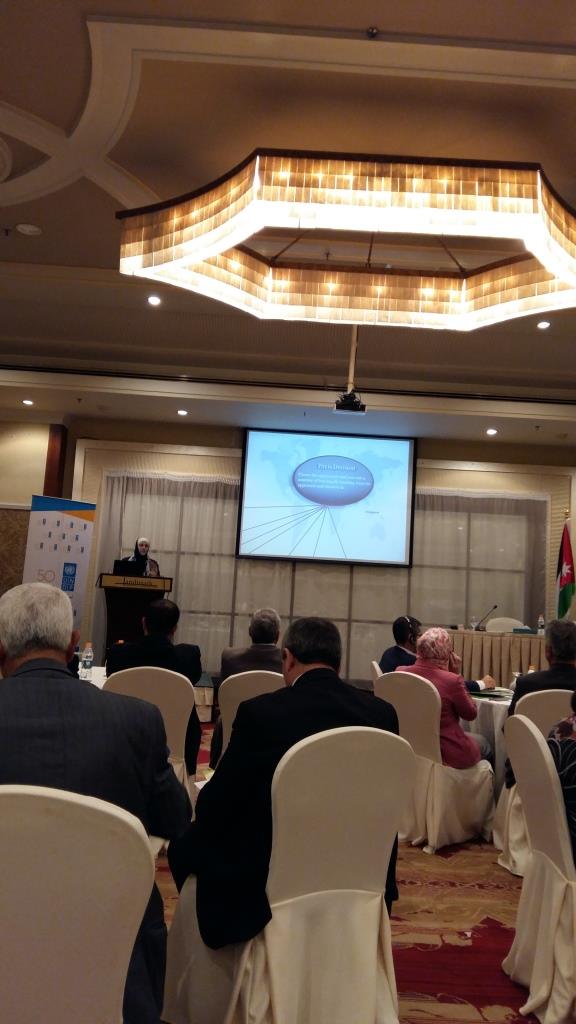 On 15th February, 2016, APN Advocacy Officer Heather Elaydi attended the UNDP-Jordan Ministry of Environment national workshop on climate change, “From Paris to Amman”, at the Landmark Hotel in Amman. The purpose of the workshop was to update participants on the outcomes of the COP21 and what they mean for Jordan. The impacts of climate change on water was a key focus of the event, with the Ministry of Water and Irrigation outlining several adaptation policies it has adopted including on energy, water re-use, enhancing the use of surface water, water re-distribution to meet gaps in certain regions, sustainable use of groundwater, and decentralized management of waste-water. One of the main challenges cited going forward was monitoring and reporting, given that the agreement relies on a on-legally enforced review mechanism every five years, relying solely on reputational risk factors.

The event featured a panel discussion on the challenges and opportunities within different sectors in Jordan related to climate change. The Ministry of Energy outlined its comprehensive national strategy for the energy sector which includes several wind and solar projects currently in use, and in the construction and development phases. The water sector suffers from a long term decrease in rainfall, which is thought to be caused by climate change. UNDP presented options on climate financing, including different funds available through multilateral and bilateral donors, the private sector, and nationally, as well as on readiness for climate finance, which includes accreditation with donors and other mechanisms for cooperation.

It was suggested that the main challenge faced by civil society was how to strengthen cooperation between NGOs and the government in climate change adaptation efforts. The IUCN representative outlined five major roles that civil society can play: collecting, disseminating, and analyzing information; providing adequate input into agenda-setting and policy development processes; performing operational functions; assessing environmental conditions (monitoring and evaluation); and advocating for environmental justice.